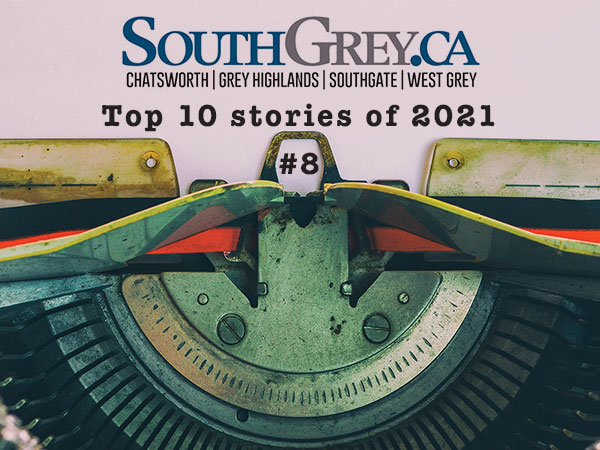 BY SOUTHGREY.CA STAFF — Local dairy confection company, Chapman's Ice Cream made the news many times during the last year thanks to some ground-breaking actions and policies. Reaction was not always positive but often solidified their place in the hearts of many within the Grey Highlands community.

In June, it was announced that in an effort to boost its hiring, the company was raising starting rates by $0.50 per hour. This followed a March increase of $1.00 per hour for night shift employees.

Last year, Chapmans gave an increase of $2 per hour to production and distribution workers as part of a strategy to reward them during the pandemic. They later made the pandemic pay boost permanent. When all was added up, Production starting wage settled at $18.50 per hour with many positions such as Distribution Center employees, Forklift Operators and Lab Technicians earning even higher rates. All positions also receive an additional $0.50 per hour upon the completion of their probationary period.

Throughout the pandemic, Chapmans also made the news at the forefront of safety and health measures through diligent screening processes, personal protective equipment and above standard cleaning and sanitizing practices.

In a letter from the Grey Bruce Health Unit penned in June, the Canadian ice cream giant was praised for their proactive involvement in mitigating COVID-19. The letter cited many initiatives:

The move prompted immediate criticism from many people on social media, including anti-vax groups who cried foul, claiming the policy was unfair and unnecessarily coercive. However, many more people defended Chapmans as a premier local employer and loudly drowned out any calls for a Chapmans Ice Cream boycott. #Istandwithchapmans became a viral rallying cry for the company's defence.

After we have endured almost two years of the COVID-19 pandemic which many have called "the worst health crisis in a century," social media continues to be the battlegrounds in an epic clash between science and politics, right vs left, and pro-vax vs anti-vax advocates. But through it all, Chapmans Ice Cream has not only survived, but gained favourable lore and unparalleled resiliency.

Is the vaccine debate over yet? Not according to some