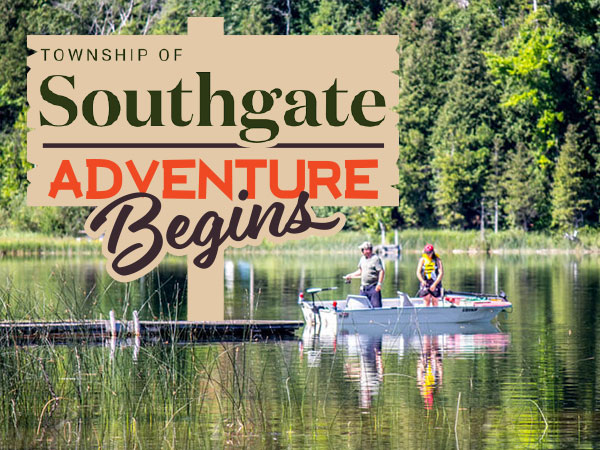 Restrictions imposed to mitigate the spread of COVID-19 may impact many of the experiences described in the pages ahead. To ensure your Southgate adventure doesn’t present any unwelcome surprises, please check the applicable rules according to the Ontario Roadmap to Reopen and call ahead when planning to visit businesses.

The Township of Southgate is situated on the Traditional Territory of the Anishinabek Nation: The People of the Three Fires known as Ojibway, Odawa, and Pottawatomie Nations. It’s important to acknowledge the Chippewas of Saugeen, and the Chippewas of Nawash, now known as the Saugeen Ojibway Nation, as the traditional keepers of this land.

Europeans first began settling here in 1840 when pioneer families took up residence in what was then called Mays Corner, and was later changed to McDowells Corners. In 1849, Elias B. Grey is credited for renaming the village, Dundalk — paying homage to his hometown in Ireland after claiming Crown land in what was formerly known as Proton Township. In 1873, the railway was completed and the village moved a little closer to the station. At this time, the village became known as Dundalk Station. 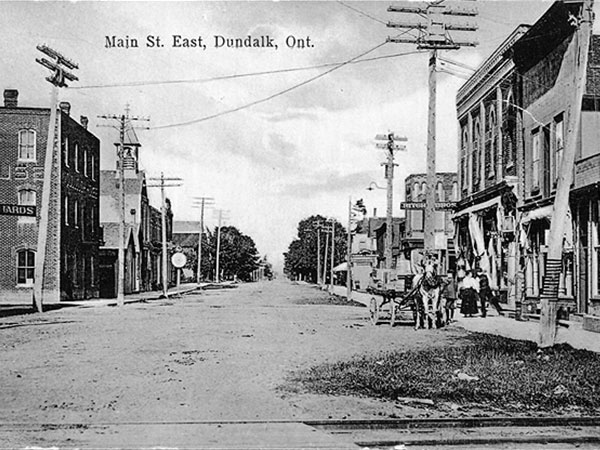 Although significant numbers of settlers began to arrive during this time, the Queen's Bush was still relatively underpopulated. As such, dense, untouched forests in the area could provide safe haven for notorious ne’er-do-wells trying to escape the law. Because of that, the legend that one of North America's most famous gangsters from the wild wild west, might have hid out in Proton Township during the mid-19th century has caught the imagination of many. 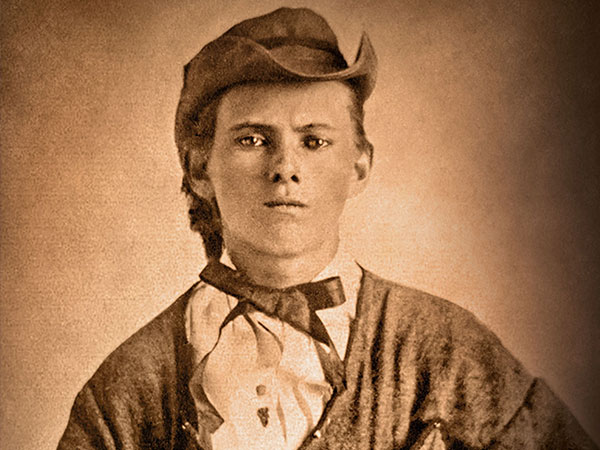 The tale goes that well-known train robber Jesse James, befriended a Holstein area settler who provided him safe refuge for a brief period during which time, an unsolved bank robbery took place in Guelph, not far from his supposed hideout. Coincidence? Maybe. Maybe not.

Churches, mills, blacksmith shops, factories and general stores were some of the first businesses in the area. Although farming was a major activity, local economic drivers included carpentry, lumber milling, hospitality and tourism, brought on by the technological advancement of rail transport and travel.

Lieutenant Samuel Lewis Honey was a resident of Conn and a notable hero of World War I. A previous recipient of the Military and Distinguished Conduct Medals, he was posthumously awarded the Victoria Cross for incredible bravery after commanding his battalion during the French Hundred Days Offensive at the Battle of the Canal du Nord in 1918. Unfortunately, he died of wounds received near the end of the attack. 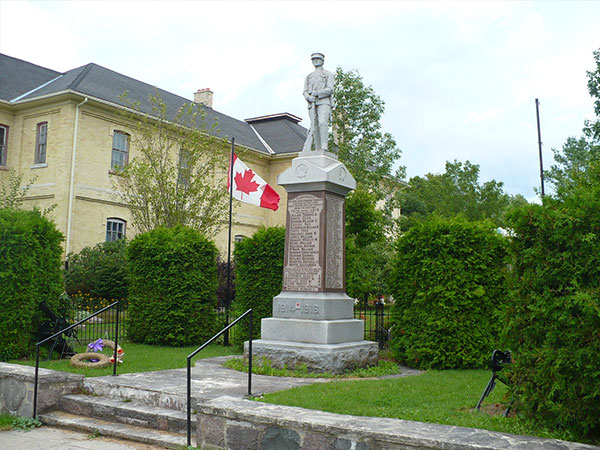 Lots of other Southgate Township residents fought honourably in WWI. Many never returned and are buried overseas. The Holstein Cenotaph was constructed in 1920 to honour them. The monument was re-dedicated in 1946 to honour veterans of World War II. A quiet place to stop and reflect on the sacrifices made by those who served this country, the Holstein Cenotaph sits on the east side of County Road 109, south of the river, near the centre of town. 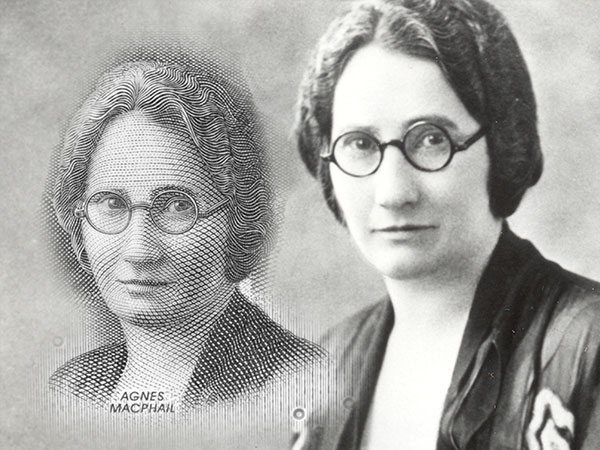 The first Canadian woman elected to the House of Commons and to the Provincial Legislature was Agnes Macphail who was born and raised near Hopeville in Proton Township. A founding member of the Co-operative Commonwealth Federation (the forerunner of the New Democratic Party), she was a noted pacifist and an advocate for prison reform. 2021 marks the 100th anniversary of her historic government appointment.

Another notable political figure, Murray Calder is a former Member of Parliament, camel owner, and classic military vehicle restoration enthusiast. He was a Liberal member of the House of Commons of Canada from 1993 to 2004. A member of Prime Minister Jean Chrétien's government in the 35th Canadian Parliament, Calder held various committee posts during his terms of office, mostly relating to agriculture. In 2003, he served as Parliamentary Secretary to International Trade Minister Pierre Pettigrew and sat on the House of Commons Standing Committee on Foreign Affairs. From 2001 to 2003, he served as Chair of National Liberal Rural Caucus. Now retired from political life, he has restored a number of old military vehicles on his chicken farm in Holstein.

Until 2006, he had a pet Bactrian camel named Baxter, who allegedly drank beer. 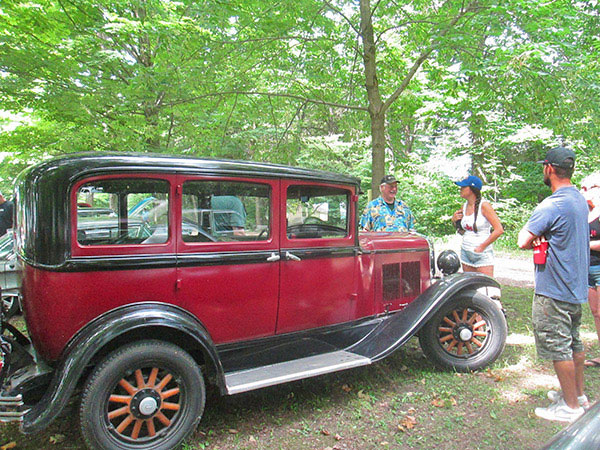 Holstein’s Murray Calder, left, answers questions about his 1930 Plymouth 30-U. The former MP has restored many vehicles over the years. Photo by Lynne Turner

The annual Summer Dreams Holstein Car Show and Flea Market is held every Canada Day in the shade under the stately trees in Holstein Jubilee Park. Antique and classic cars and trucks from far and wide are on display. A popular event sponsored by the Egremont Optimist Club lets visitors take a stroll down memory lane as they admire the vehicles and reminisce with the owners.

The Township of Southgate is actually the amalgamation of the Village of Dundalk, the former Township of Proton and the former Township of Egremont, and was officially written into the historical record on January 1, 2000. Largely agricultural, the area is known as the gateway to Grey County, being the southernmost municipality within that jurisdiction — hence the name, Southgate.

Several historical landmarks can be found in Southgate. The Dundalk Olde Town Hall, situated in downtown Dundalk, is currently closed to the public. Built in 1905, it has a beautiful theatre with opera seats and was the site of political meetings, picture shows, division court and a jail cell to house the occasional drunk and disorderly. Efforts are underway to restore the facility. For now, visitors can only admire it from the outside. 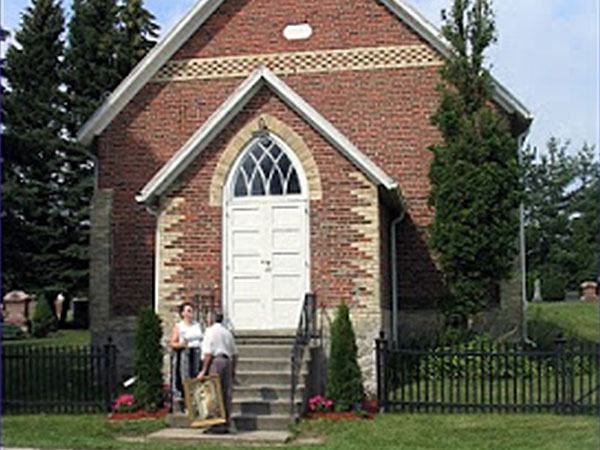 The Salem Methodist Church, north of Hopeville and the Bethel Church, northwest of Dundalk are just two examples of historical landmark churches in the area. But many more architectural gems can be found as you explore the backroads and discover the many European settlements of this rural farming hotbed. 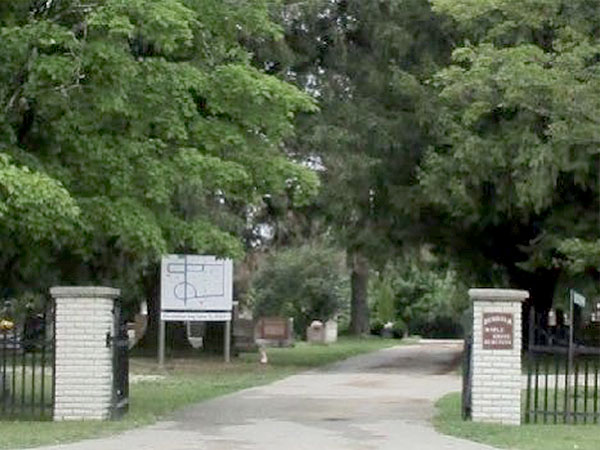 Many of the area’s earliest settlers’ family gravesites can be found in Maple Grove Cemetery along Grey Road 9, southwest of Dundalk. A well-treed, well-manicured park, it provides a relaxing place to stroll through the history of the old Proton Township.

To read up on the history of Southgate Township and Grey County in general, visit the Southgate Ruth Hargrave Memorial Library in Dundalk.

Step back in time

It's a worthwhile trip down Memory Lane, when you drive the backroads of Southgate Township. You'll discover many historical sites and uncover a past that's as rich as the land itself. Remember, too, the Anishinabek Nation — original keepers of this place.