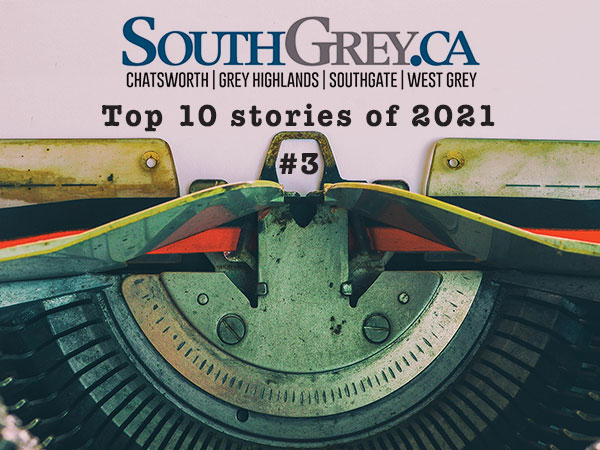 Is that an airplane touching down on a frozen lake?

BY SOUTHGREY.CA STAFF — Way back in January, 2021, a peaceful Sunday in Eugenia was interrupted by the unexpected noise of a small single-engine plane landing hard and breaking the surface of the ice-covered lake. According to an eye-witness, the pilot exited from the airplane unharmed but shaken by the experience. No other passengers were in the craft at the time of the crash. 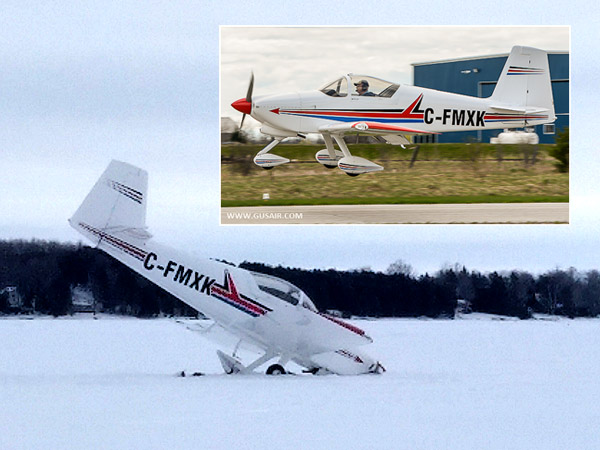 Although pilots experiencing trouble sometimes look for open water to put their planes down safely, doing it in winter can be a little more harrowing.

By example, last summer, a floatplane pilot avoided disaster when he landed in the water 200-300 metres from Hamilton's shore in Lake Ontario. Then, in a small lake near Halifax airport, another floatplane pilot landed his craft during a similar emergency situation just one month later.

In the case of the Eugenia Lake incident, the open snow and ice-covered surface of Eugenia Lake provided a relatively soft space, free of trees and people but the plane broke the surface of the ice and seemed to skip once, breaking the surface a second time as it came to rest nose-down in the lake. 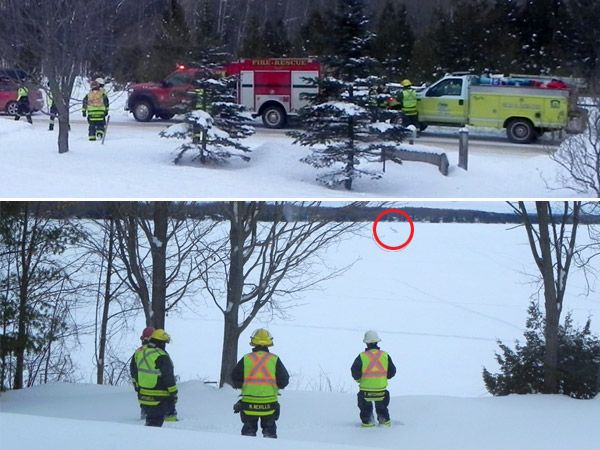 Fire-rescue and ambulance arrived on scene as well as OPP, shortly after the plane made it's forceful landing. OPP officers were taking a statement from the lucky survivor as South Grey News arrived.

The story attracted a lot of interest from readers:
Pilot walks away after scary crash landing on Eugenia Lake

We followed up the story when crews came to retrieve the plane from the ice a few days later:
How do you remove a damaged airplane from the middle of a frozen snow-covered lake?