Talisman property 101: How did we get here? 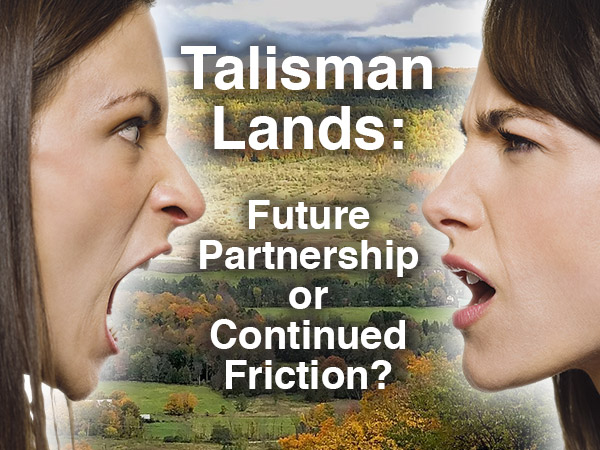 BY JOHN BUTLER FOR SOUTHGREY.CA — The proposed sale of 133 acres of land owned by the municipality of Grey Highlands and 140 acres of privately owned land in the Beaver Valley has pitted Grey Highlands Council against many residents of the Valley and the broader town. The controversy has been heightened by what some residents consider the town’s failures to engage residents, through civic and environmental groups, in a timely way to determining the future of these lands in the ecologically precious valley, and a culture of deal-making behind closed doors. The municipality, on the other hand, argues it is simply trying to get the best deal for hard-pressed Grey Highlands taxpayers through the sale of what it calls surplus lands. It also says confidentiality during negotiations with a respective buyer is permitted under the Ontario Municipal Act, and many details of the sale, including which councillors voted for it, will be made public when the sale is finalized.

Most parties involved in the dispute agree that the Beaver Valley has major environmental significance. It is part of the Niagara Escarpment, which has been a UNESCO World Biosphere Reserve since 1990. The Niagara Escarpment is one of 18 biosphere reserves in Canada. These reserves are defined by UNESCO as “learning places for sustainable development — they are sites for testing interdisciplinary approaches to understanding and managing changes and interactions between social and ecological systems, including conflict prevention and management of biodiversity.” Designation of a biosphere reserve does not confer any legal status under Canadian law. People and agencies participate in biosphere reserve activities on a voluntary basis, and local communities generally co-ordinate these activities.

The southern (upstream) reaches of the Beaver Valley lie within Grey Highlands, while the northern (downstream) portions lie largely within the Town of The Blue Mountains.

The three parcels do not lie in rural isolation. They are abutted on the north side by the Amik subdivision.

The story of municipal entanglement with the lands, formerly-known as Talisman Mountain Resort, goes back many years. Founded in 1963 by Bruce Pritchard and Alex Graydon, Talisman was, for decades, a thriving ski resort that generated jobs and tax revenue for the community. According to several sources, the famed resort fell on hard times by the early 2000s, largely because of competition from Blue Mountain ski facilities.

The resort was sold by the Hammers (a family that purchased the resort from Pritchard and Graydon after managing it for many years) in 2006 to a numbered company led by Bill Minnis, president and chairman of Talisman Resort Inc. that had plans to redevelop all the Talisman lands to include townhouse condos. However, the 2008 economic crisis market correction scared away many of the potential investors, including several large pension funds, scuttling redevelopment plans for the new owners.

The owners declared bankruptcy in 2011 and the Municipality of Grey Highlands took over the property because the bankrupt owners were unable to pay back taxes and fees. A March 2013 tax sale resulted in the sale of a portion of the property that had been a tubing hill, as well as the sale of a 104-acre parcel of land at the top of the ski hill, but the main Talisman property didn’t attract a buyer.

Read the next instalment:
Grey Highlands owns a property it doesn’t want