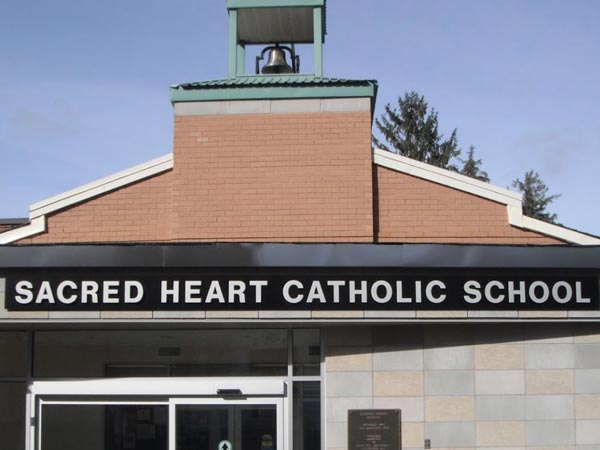 LETTER TO THE EDITOR — I am an occasional teacher employed by BGCDSB as well as a concerned parent with three children attending a Bruce Grey Catholic District School Board (BGCDSB) school.

I am writing to inform the public that there is a local group called Take Back Catholic Education who has been opposing the work that BGCDSB is doing around Equity, Diversity and Inclusion. This group has spread misinformation regarding what is being taught in Catholic schools throughout Bruce and Grey. Reviewing the www.takebackcatholiced.ca website and reading through the trustee nomination form posted there, made my stomach turn.

This group is seeking to remove recognitions and representations that make Catholic schools safer, more welcoming and more inclusive spaces for students and staff of all ages, genders and races. They would ban the flying of all Pride flags at BGCDSB schools, eliminate the use of personal pronouns, put a stop to staff education around sexuality and gender, refrain from discussing gender identity and race with students and repeal the Equity Action Plan passed in April of 2022. These actions are all integral elements of the important work being undertaken to create more diverse, equitable and inclusive school communities throughout BGCDSB, in addition to the fact that many of these actions are mandated by the Ministry of Education, advocated by the Ontario English Catholic Education Association (OECTA) and in accordance with the Ontario Human Rights Act.

This group has strategically placed a candidate in every riding for Catholic trustee in the upcoming election. If this group succeeds in gaining a majority on the Bruce-Grey Catholic District School Board, they would work to overturn progressive policies such as the Equity Action plan, thereby nullifying progress made in support of student safety, mental health and anti-racism. They would also seek to vote out the current Director of Education, at which point the Ministry of Education might be in a position to assume control of the board.

It is very important that families be informed in preparation for the upcoming election and that everyone get out and vote. For readers who are Roman Catholic, I strongly advise them to take the time to check their voting status, even if they believe it has been changed to 'separate.' Whenever a property is sold, the tax support (and thereby, voter profile) automatically defaults to 'public' support. I have spoken to many individuals who have been surprised to find their voter profile is listed as 'public,' despite having submitted paperwork to change it to 'separate.' You can find contact information for how to check your voter profile by going to your municipal website or calling your municipal clerk’s office. Roman Catholic individuals who need to change their voting status can go to their municipal office with identification, prior to the election to update their school board support. It is worth noting that one does not need to be an active, regular church-goer in order to qualify as a Roman Catholic voter.

The voices of these few do not represent Catholic education and cannot be allowed to detract from the important work around Equity, Diversity and Inclusion that is finally becoming a much needed focus in all publicly funded education facilities. This group is not supported by, nor is it a voice of the diocese. The Catholic religion program currently being taught in BGCDSB schools does NOT include critical race theory and has been approved by the Ontario Conference of Catholic Bishops.

I implore you to share this letter so that families and individuals in this community and those throughout Bruce and Grey counties can be informed for the upcoming Catholic School Board Trustee election.