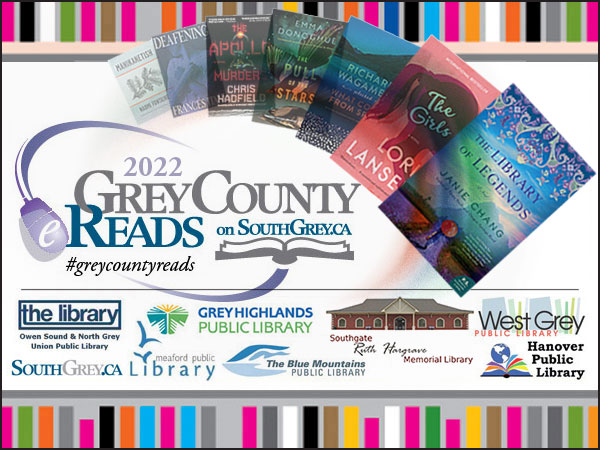 BY SOUTHGREY.CA STAFF — Grey County Reads contest will begin on January 17, 2022. Now is your chance to familiarize yourself with the books we will be featuring. Here are just two of the novels we'll soon know more about. 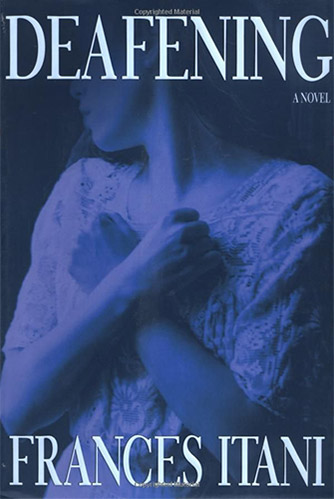 Elegantly written and profoundly moving, Deafening is a tale of virtuosity and power. Set during the Great War and the 1918 flu pandemic, Deafening tells the story of Grania, a young deaf woman who falls in love with Jim, a hearing man, in their small Ontario town.

As the war explodes across Europe, Jim becomes a stretcher-bearer, and through the years of separation, he and Grania attempt to sustain their love in a world as beautiful as it is brutal.

Frances Itani’s astonishing depiction of a world where sound exists only in the margins is a singular feat in fiction, a place difficult to leave and even harder to forget.

Frances Itani, C.M., is an award-winning, best-selling author who has published 18 books (novels, stories, poetry and children's work), as well as many reviews, articles and essays. She has travelled widely and has lived, worked and studied in seven Canadian provinces. She has also lived in England, U.S.A., Switzerland, Germany, Italy, Croatia and Cyprus. Her work has been translated and published in 18 countries. Her novel Deafening was published in 2003. 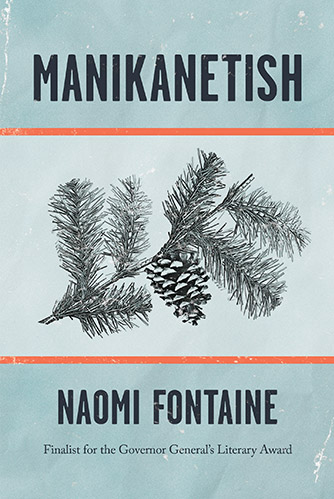 In Naomi Fontaine’s Governor General’s Literary Award finalist, a young teacher’s return to her remote Innu community transforms the lives of her students, reminding us of the importance of hope in the face of despair.

After fifteen years of exile, Yammie, a young Innu woman, has come back to her home in Uashat, on Quebec’s North Shore. She has returned to teach at the local school but finds a community stalked by despair. Yammie will do anything to help her students. When she accepts a position directing the end-of-year play, she sees an opportunity for the youth to take charge of themselves.

In writing both spare and polyphonic, Naomi Fontaine honestly portrays a year of Yammie’s teaching and of the lives of her students, dislocated, embattled, and ultimately, possibly, triumphant.

Naomi Fontaine is a member of the Innu Nation of Uashat and a graduate of the Université de Laval. Her first novel, Kuessipan, was made into a feature film that debuted at the Toronto International Film Festival in 2019. Manikanetish is her latest novel published in 2021.